The short answer to this question is probably no one. We’ll get into why below, but first, some background. Last week, Microsoft released Office 2019 for Windows and Mac to commercial users. This is the first release with a year designation since Office 2016 and its consumer version became available for purchase on October 2, 2018. These are the versions of Office that you typically would have seen in large boxes on store shelves and have now been replaced by simple cards with keys for online redemption.

Back to why you shouldn’t buy Office 2019 for your business—it was outdated when it was released! Since introducing its subscription service, Office 365, in 2011, Microsoft began slowly shifting its development priorities to the 365 versions of its products. Once Office 365 reached feature parity with the retail release of Office 2013, its features and development pace began to overtake its retail counterpart.

By the time Office 2016 was released, Office 365 had definitively become the best place to receive the latest feature and design improvements across the Office product line. In fact, the Office 2019 release contains nothing that has not been available to Office 365 users for quite a long time.

This trend is not slowing, and as mentioned above, Office 2019 is already behind in features just days after its release. So the question that Microsoft is clearly pushing you to ask is …

Price – Small businesses can spend as little as $5 per user per month instead of $250 per user for a stagnant product.

Features – Each license of Office 365 can be configured to include more Microsoft products and features, like OneDrive storage for backup and syncing, multiple installations, and advanced products like Visio.

Support – Ongoing online support is available for Office 365 users with no expiration rather than only 60 days with Office 2019. (EVAN can assist with this as well!)

Ease of use – Office 365 users never have any license keys or installation media to keep track of. Each user can reinstall all software easily from the cloud by signing in with a Microsoft account. This account also gives each user access to very capable web versions of Word, Excel, PowerPoint, Outlook, and OneNote. 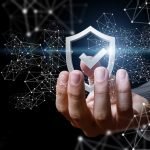 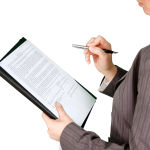