Are you running an old version of Windows? Here’s a wake-up call.

In May, Microsoft warned users of older versions of Windows about BlueKeep—a wormable security vulnerability that replicates and spreads through the internet on its own. It’s a vulnerability in the Remote Desktop Services feature that poses a major threat.

Now, the National Security Agency is stepping in to warn people just how dangerous BlueKeep is. The NSA advises users of old versions of Windows to use the patched system. Not sure if you’re at risk? Here are the affected versions:

If you’re using any of the above, here’s what to do:

BlueKeep is dangerous enough that Microsoft created a patch for old operating systems they don’t even support anymore. This is why it’s crucial to keep your operating system updated. Once software reaches its end-of-life, it no longer receives security and feature updates and any sort of online or phone support. This makes it immediately more vulnerable to the ever-increasing number of cybersecurity threats in the world. To learn more, check out Part 1 and Part 2 of our article, “Does Your Software Have a Shelf Life?”

Even though Microsoft has released a patch, many users have yet to use it. If you’re one of those people, take action sooner rather than later. 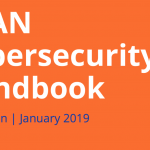 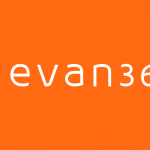