Before it became fashionable to start a tech company in your dorm room, Michael Dell did exactly that. In 1983, he began selling upgrade kits for PC’s out of his dorm at UT Austin. A few months later he gave up his plan of being Pre-Med, and dropped out of school to focus on the PC business. At age of 27, he became the youngest CEO to head a Fortune 500 company. Today, Dell has sold more than 650 million computers. 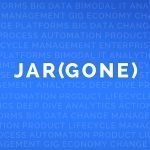 NPR’s How I Built This – LinkedIn: Reid HoffmanEpisodes