On September 10th, Microsoft released the latest updates for Windows 10. Immediately, some users were experiencing issues trying to connect to the Internet. In particular, those that have Intel and Broadcom Wi-Fi adapters have stopped working on NEC computers if they have been updated to the newest version of 1903. This is just the latest string of update issues that Microsoft has been having.

On September 13th, Microsoft and NEC came out saying they have identified “incompatibility issues” with Intel Centrino 6205/6235 and Broadcom 802.11 Wi-Fi cards. This issue comes despite Microsoft promising back in April that they will expand their interaction with manufacturers (OEMs) and independent software vendors (ISVs).

Microsoft has said, “If these devices are updated to Windows 10, version 1903, they will no longer be able to use any Wi-Fi connections. The Wi-Fi driver may have a yellow exclamation point in device manager.”

Microsoft’s workaround for the issue is to disable and then re-enable the Wi-Fi adapter in Device Manager. Wi-Fi should be usable until the next reboot.

Microsoft and NEC are currently working on a resolution and will provide an update in an upcoming release. 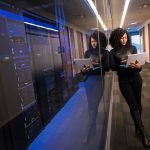 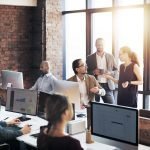