If you haven’t heard of FaceApp, it’s a smart phone app that uses AI to identify faces in photos and make people look older. There was a FaceApp craze in 2017, and now it’s back. Like all viral digital sensations, this one gained widespread attention overnight and it’s flooding social media newsfeeds—at least for the next week.

The controversy centers around FaceApp’s access to and use of user’s photos. Supposedly, FaceApp maintains servers owned by the U.S., Australia, and Russia. The company that developed this app is based in Russia. Some have claimed Russia has unlimited access to users’ photos as soon as they use the app, which is frightening considering the amount of personal data stored in our photos, especially screenshots with all kinds of private information.

FaceApp uses complex algorithms to alter photos, and their AI is designed to “learn” from the faces it edits. Photos are uploaded to servers for editing, and where photos go next is unclear. FaceApp has not released an official statement and their privacy policy is quite vague.

For now, we recommend deleting the app from your phone or avoid downloading it. For the future, revisit your photo albums and clean up the personal information stored in the form of screenshots. Check your privacy settings on your phone, especially location services and photo access permissions.

Be careful about the apps you download, and do your research before allowing an app to access your photos or personal information. No matter how popular an app is or how many people download it too, it could still be dangerous—an unfortunate truth.

If you’re still tempted to use the app, allow me to change your mind. Some people have found the app to produce a pretty accurate rendering. Artificial intelligence, however, predicts that I will look more like the evil witch from Snow White. Your expectations will probably be shattered and you might not like what you find. Sometimes ignorance is bliss. 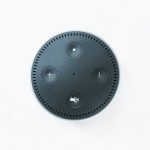 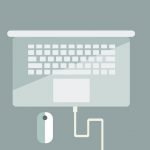